Abstract
Many efforts have been made on stimuli responsive switchable catalysis to trigger catalytic activity over various chemical reactions. However, the reported light-, pH- or chemically responsive organocatalysts are mostly incomplete in the aspects of shielding efficiency and long-term performance. Here, we advance the flow-assisted switchable catalysis of metal ions in a microenvelope system that allows the on-off catalysis mode on demand for long-lasting catalytic activity. Various metal-ion catalysts can be selectively embedded in a novel polymeric core-shell of the heteroarm star copolymer of poly(styrene) and poly(4-vinylpyridine) emanated from a polyhedral oligomeric silsesquioxane center. The immobilized core shell polymer on the inner wall of a poly(dimethylsiloxane) envelope microreactor shows on-off switching catalysis between the expanded active mode and contracted protective mode under continuous flow of solvents or subsequent dry conditions. In particular, the preserved catalytic activity of toxic Hg2+ for oxymercuration was demonstrated even for 2 weeks without leaching, whereas the activity of moisture-sensitive Ru3+ ions for polymerization of methyl methacrylate was maintained even after 5 days from an open atmosphere. It is practical that the tight environment of the enveloped microfluidic system facilitates cyclic switching between the reaction-"on" and- "off" modes of such toxic, sensitive/expensive catalysts for long-term prevention and preservation. 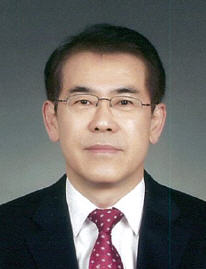